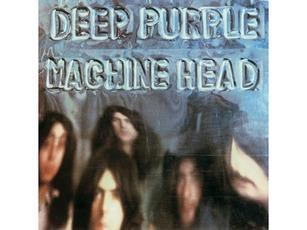 Smoke on the water

Listen and Appraise - Smoke On The Water by Deep Purple:

Questions to think about:

Play the song. Use your body to find the pulse.

After listening, talk about the song and answer the questions

Discuss the song and what you can hear in it.

Information about the Song

Deep Purple are a British rock band formed in 1968. They are considered to be among the pioneers of heavy metal and modern hard rock. Smoke on the Water is a song by Deep Purple. It was first released on their 1972 album Machine Head and is known for and recognizable by its four-note guitar riff.

It doesn't matter if you like or don't like a song or a piece of music. Think about the reasons why you do or don't.

What Can You Hear?

How many singers? Male/female? Male.

The backing/accompaniment: how many instruments? Which ones? A rock band: electric guitar, bass, drums, keyboards.

Which instruments plays the solo? The electric guitar plays a solo after the second verse and chorus.

Is there a hook? Yes: an instrumental hook played on the electric guitar. It is well known.

is it thick, thin or inbetween?

Are there many layers of sound, or just one/two?

Are there many voices singing/instruments playing, or just one/two? It starts with a thin texture – just a few instruments – and builds up to a thicker texture. The guitar plays in the intro and verses with the drums; the bass comes in only in the chorus. This is unusual for a rock song.

is it fast, slow or inbetween? Inbetween.

The dynamics: is the music loud, quiet or inbetween? loud

Is it the same throughout or does it vary? As the texture thickens, with instruments playing, the dynamics get louder.

What is the Style of this Music?

Sometimes distortion of the sound.